In this episode I talk about my new 1969 Sony TC-222-A portable reel-to-reel tape recorder. I found it about 3 weeks ago at Hand-Up Thrift store in Lafayette Louisiana for $5. It was in partially working condition, without a power cord, and in need of some work. I cleaned the contact points, overhauled the fast-forward idler wheel, lubricated both of the tape shafts, replaced the belts, hacked an old electric razor cord to work as a power cord, and tightened up the record linkage. One thing I still can't get working is recording using the microphone.

I spend about half of this episode talking about trying to make a super-long recording fit on a 5-inch reel and playing at 4.8 cm/second. I use Kimiko Ishizaka's wonderful Open Goldberg Variations and Open Well-Tempered Clavier as the music. To do this, I speeded up all of the tracks to play at 4x speed, for which I use the following script to loop through all mp3s in the current directory and subject them to the appropriate sox command:

It worked! Well. The script and sox command worked. Recording the 4x-speed audio at 19 cm/second and then playing back at 4.8 cm/second also mostly worked, I just had a very poor-quality tape so it sounded pretty bad. The speed was just about right, though. In fact when I compared pitch against my piano, it was EXACTLY right. I may try again with a better tape. (BTW I said my tape was "old new stock," but obviously I meant "new old stock.") 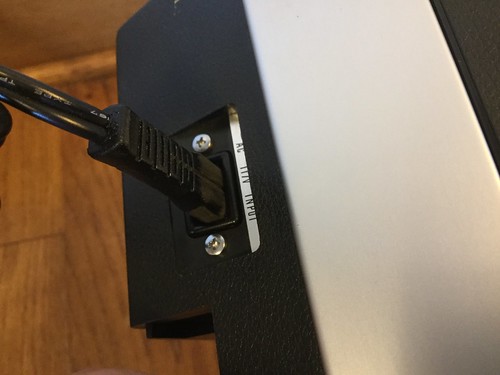 late comment, but I have a huge lag in listening.

One more explanation of the muffled sound when playing back at quarter speed, is the inherent low path filtering of the process of getting the sound on the reel. Assume, the original track contains tones in the 10 kHz range, these become 40kHz tones in the sped up version. When playing the quick version to record them on tape, the player has to correctly reproduce those high pitched tones and the recorder has to be able to bring those to tape. Depending on the frequency response of this chain, I expect this to be the bottle neck. When playing at quarter speed, the highest pitch you will get is only a fourth of the highest frequency the recorder could handle.